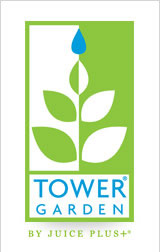 A Tower Garden is an aeroponic growing system.  Using just water and a nutrient called Tower Tonic, a wide variety of vegetables and herbs can be grown.  Visit skoontz.towergarden.com to find out more.

Can I Grow Tomatoes Indoors on the Tower Garden?

When I first started growing on a Tower Garden, I tried growing inside tomatoes that came with the Tower Garden. They were leggy (cue the “Attack of the Killer Tomatoes” music here) and attracted insects. I switched to lettuce and did much better, but never investigated why the tomatoes didn’t do well. When I wanted to try tomatoes indoors again, I asked questions and did some investigation. I discovered that it’s possible to grow tomatoes indoors, but they won’t do near as well as growing outdoors. There are 2 reasons why.

We have to mimic inside what God designed perfectly to grow flowering fruits and vegetables outside.

Bees pollinate your blossoms which produces the fruit and vegetables. Indoors you’ll need to pollinate the blossoms yourself. That trick can be learned – and with the declining bee population, it isn’t a bad skill for outdoor gardeners to know.  How you pollinate will depend on what you want to grow.  Peppers, for example, pollinate within the same flower.  So all you have to do is shake the stalk. Tomatoes pollinate between blossoms so you’ll need a paint brush, etc.  I can’t go into all the differences here and how to pollinate.  That’s what Google is for.  🙂

But the most difficult problem is the light spectrum. For a plant to flower and produce fruit, it needs light in the low end of the spectrum—around 2,700 Kelvin. For a plant to produce nice leaves it needs a light in the high end of the spectrum—around 6,500 Kelvin. So tomatoes, for example, need a 6,500 Kelvin light during the leafy part of growth. Then they need a 2,700 Kelvin spectrum to produce the blossoms and fruit.

The lights that come with the Tower Garden are in the 6,500 Kelvin range. This spectrum of light produces great leafy greens, but won’t help produce the fruit.

Could you switch bulbs mid-way through the growing cycle of a tomato plant? It’s possible, which would make it a great experiment for an upper-level science class.

What about Full Spectrum Bulbs?

But They Grew Tomatoes!

You’ll hear that someone has had ‘success’ growing fruit, inside, with the lights that come with the Tower Garden.  They might be growing near a window letting natural light in or some other reason that you can’t duplicate. It’s also possible that their definition of ‘success’ isn’t your definition. They might be very happy getting 5 small strawberries from one plant. Maybe you’ve grown strawberries outdoors and gotten 25 large strawberries from one plant and want that same production indoors.

In order to get the same production inside as outside, you’ll need to create the same environment inside as outside.  The two main factors are light and pollination.  Temperature is also a factor, but that’s a good topic for another article.

Have fun trying to grow indoors or out whatever you want. I have brussels sprouts and egg plant growing in my Tower Garden now.  I don’t know if either will work, but it’ll be fun to try. 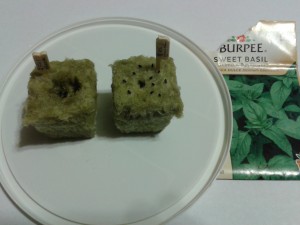 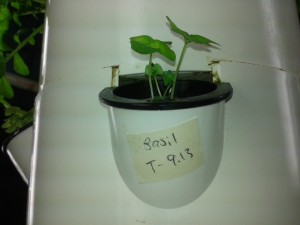 I went out one evening and found my plants wilted.  The Tower Garden pump had quit working.  Thinking it was totally dead, I ordered another one.  About a month later, a friend of mine took the pump and fixed it.  Here’s how we did it. 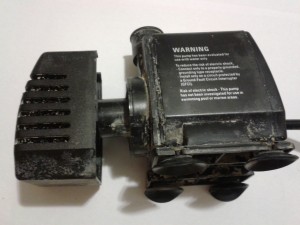 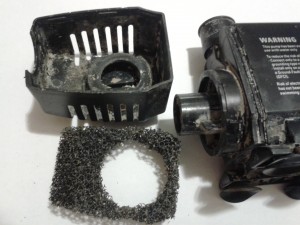 The mesh inside the Tower Garden pump should look similar to this. 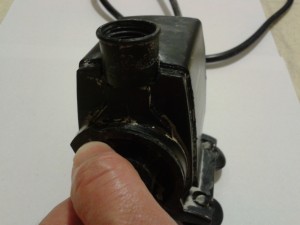 Turn the part under the cover clockwise.

Then pull it out. When you put it back together, make sure it latches and seals properly. 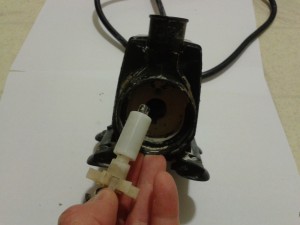 Inside the pump, you’ll see something like this with a magnet on the end. Pull it out.

Now use a toothbrush to clean the inside of the pump. If all goes well, this should get the Tower Garden pump working again.

As always, just because this worked for me, doesn’t mean it’ll work for you. 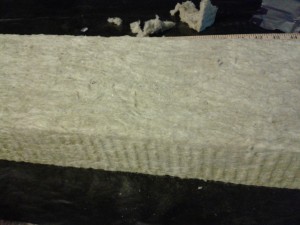 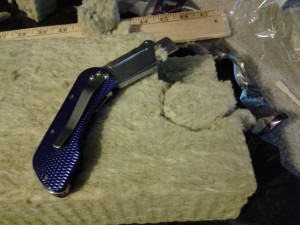 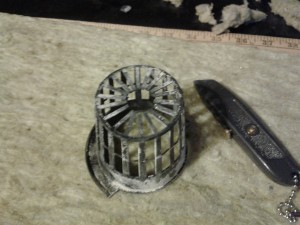 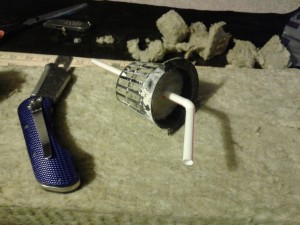 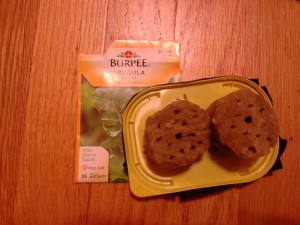 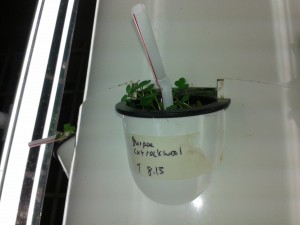 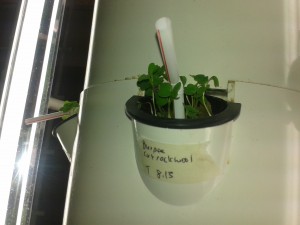 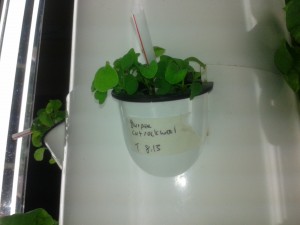 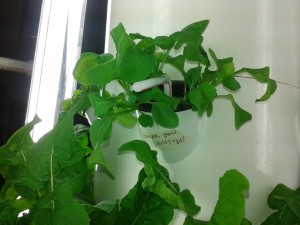 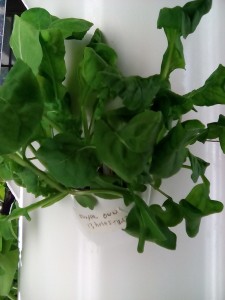 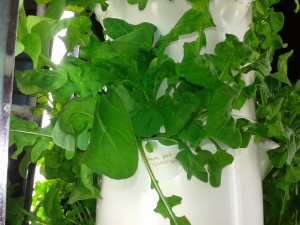 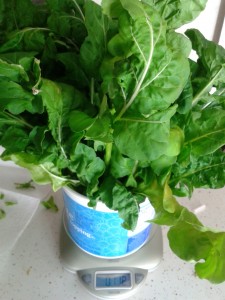 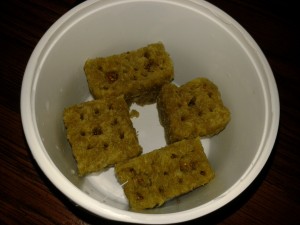