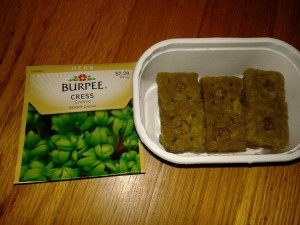 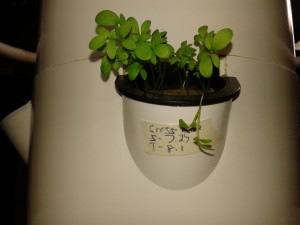 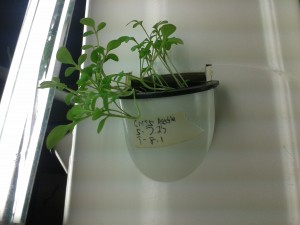 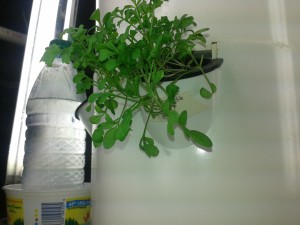 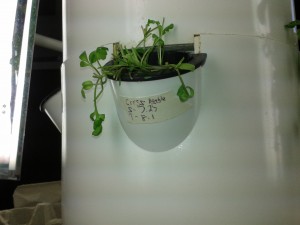 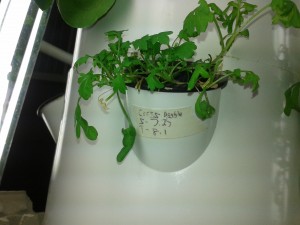 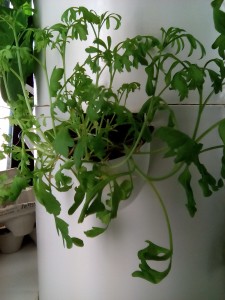 I cut a circular slit in the rockwool to plant the arugula seeds.  (My wife says all I need is a little smile on the plate now.)

Cutting a circle out of the rockwool didn’t work as well as just cutting a hole in the middle and planting the arugula. So I’m going to mark this as ‘failure’ since it might be better to just cut out a hole.

This experiment is similar to cutting the rockwool in half. I’ve cut slits in the bottom of the rockwool to help the arugula roots reach the Tower Garden water sooner.  The seeds have been started using this seed starting procedure.

After 6 weeks the arugula in the sliced rockwool grew well.  I may try this again.

Cutting Rockwool in Half for Arugula in the Tower Garden

This experiment could easily fail, but I’m going to give it a try.  I’m wondering if the arugula will grow quicker if I cut the rockwool in half.  My theory is that the roots will reach the Tower Garden water sooner. This experiment is similar to cutting slits in the bottom of the rockwool.

If you’ve given this a try, then let me know in the comments.